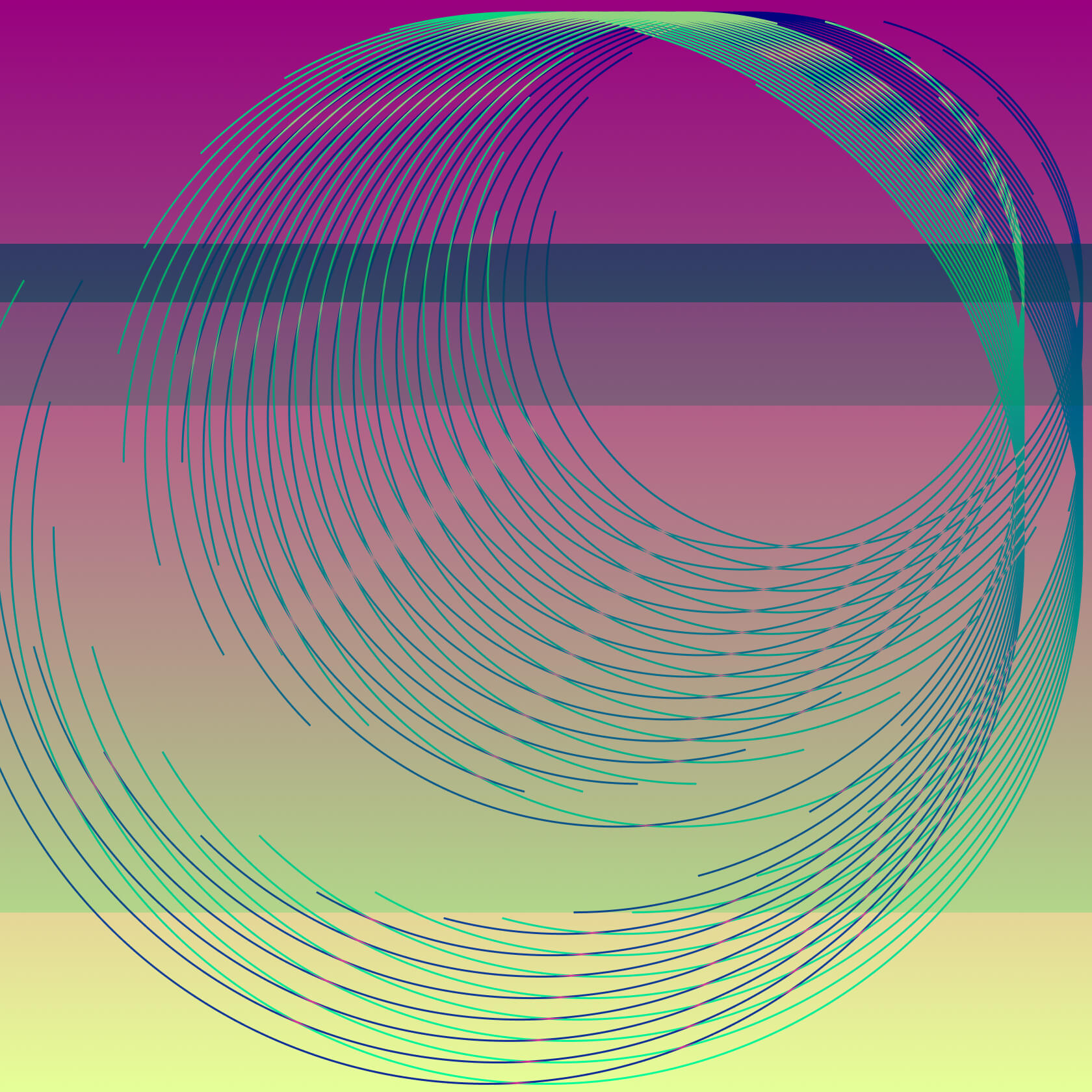 In this assignment, we’ll look at some more advanced data visualisation conventions that you might find useful in your work.

Sparklines are miniaturised charts that allow a large volume of information to be displayed in a small space. Here are two examples of sparklines — the first using a line chart, the second a bar chart. 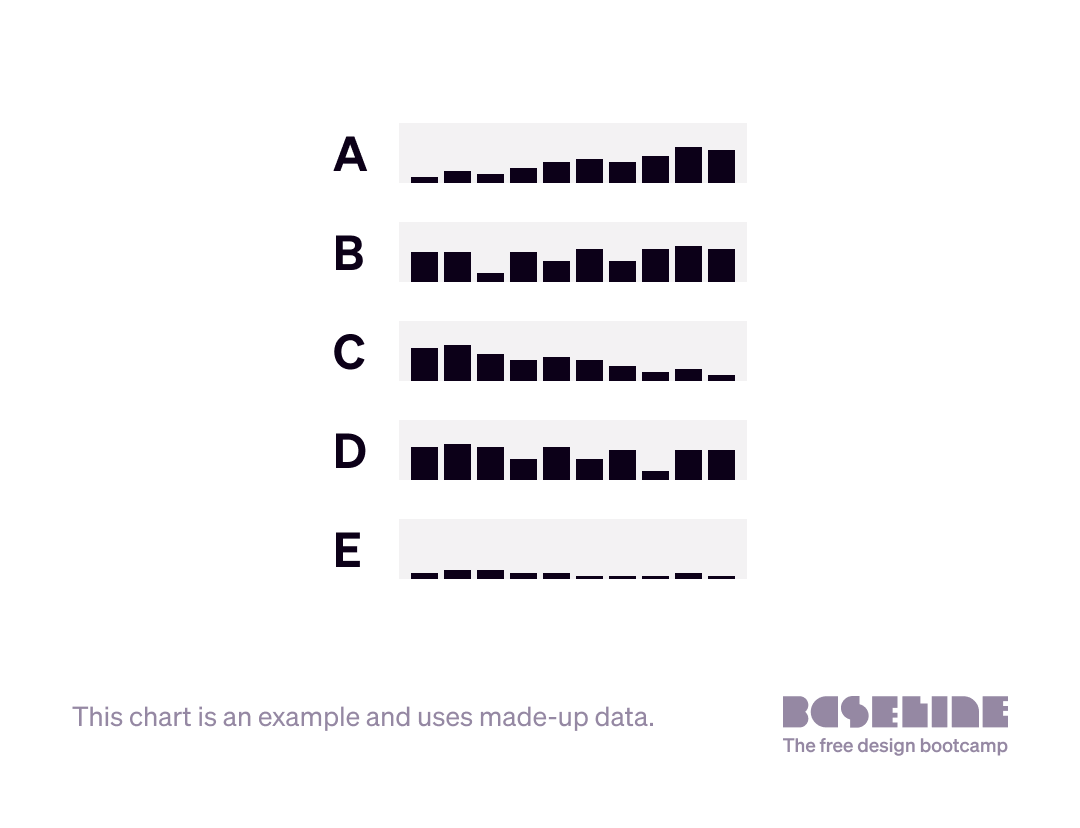 Within the flow of text, sparklines might be used to explain that the FTSE-100 share index closed up

, while the Dow Jones Industrial Average closed slightly down

During the SARS-Cov-2 pandemic, the New York Times used heat map (choropleth) sparklines to show the intensity of case rates in a compact, tabulated view, alongside other data:

An alluvial diagram is good for visualising change. It has the particular strength of being able to accommodate very large and complex sets of data.

Here’s an example of an alluvial diagram, using made-up data, that shows how people’s favourite colour changed between 1990 and 2020. 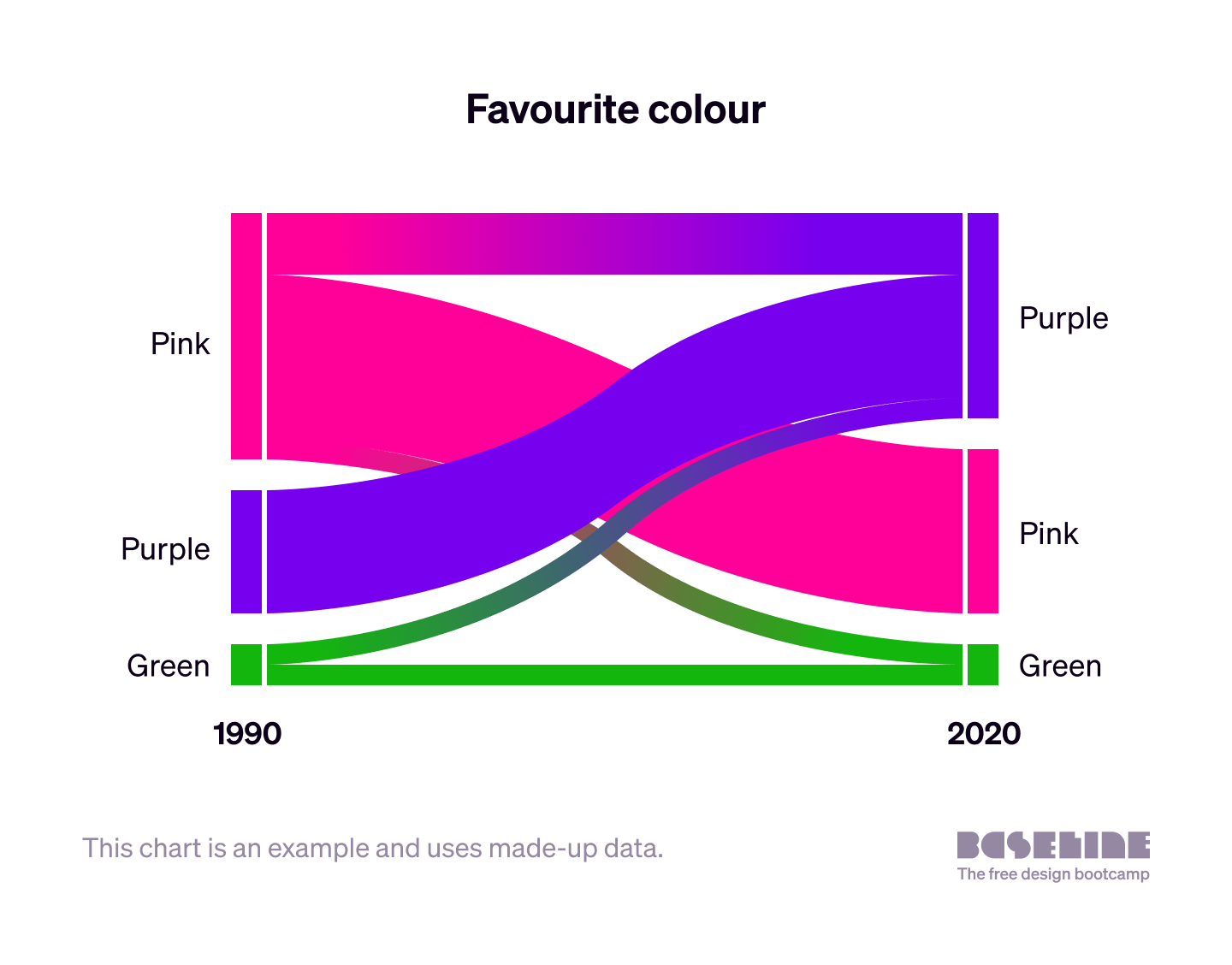 Here is a more complex example, which includes four “steps” (vertical bars). This example, created by The Economist newspaper, shows the following: 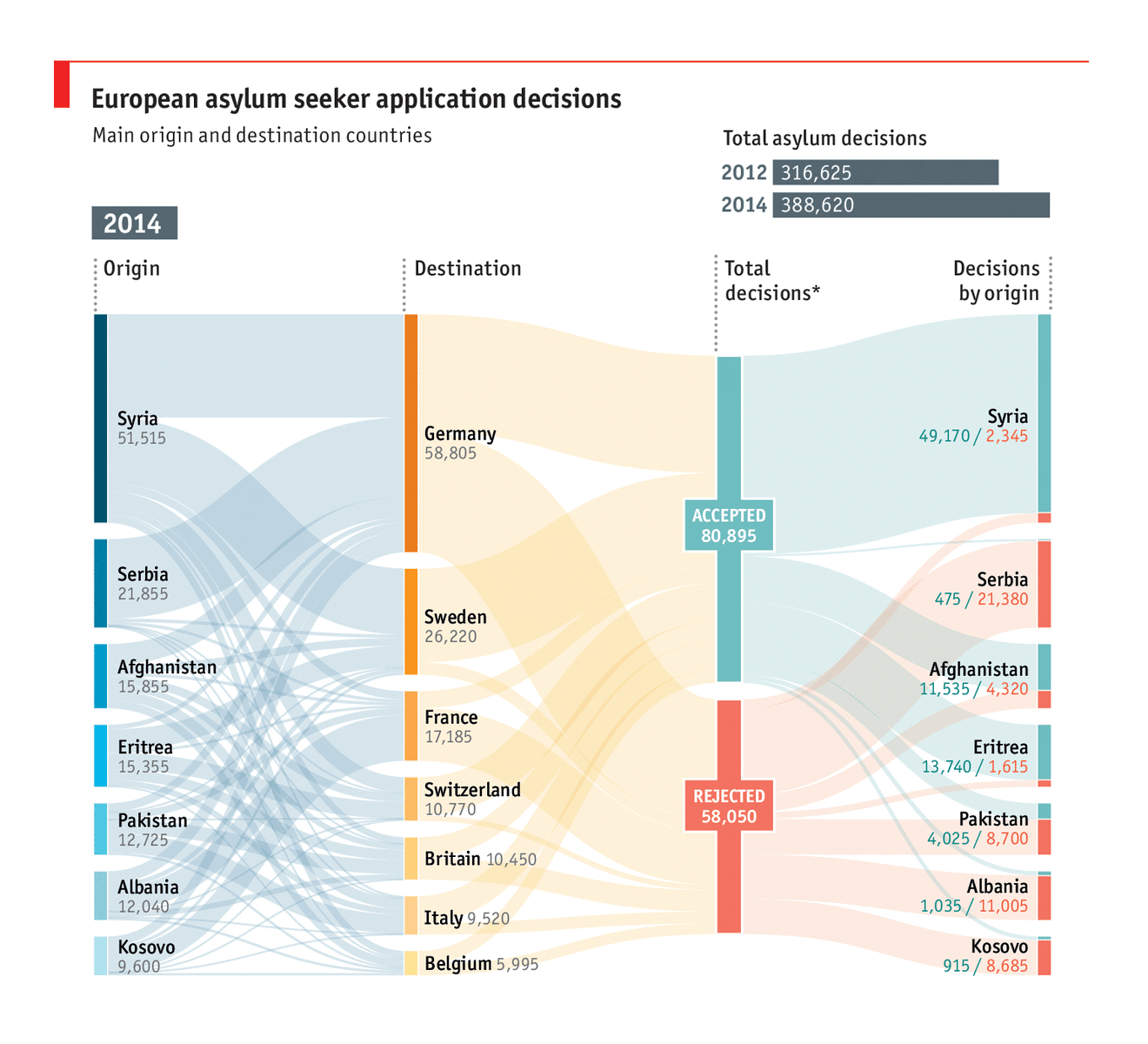 Image credit: The Economist, via the Data Viz Project 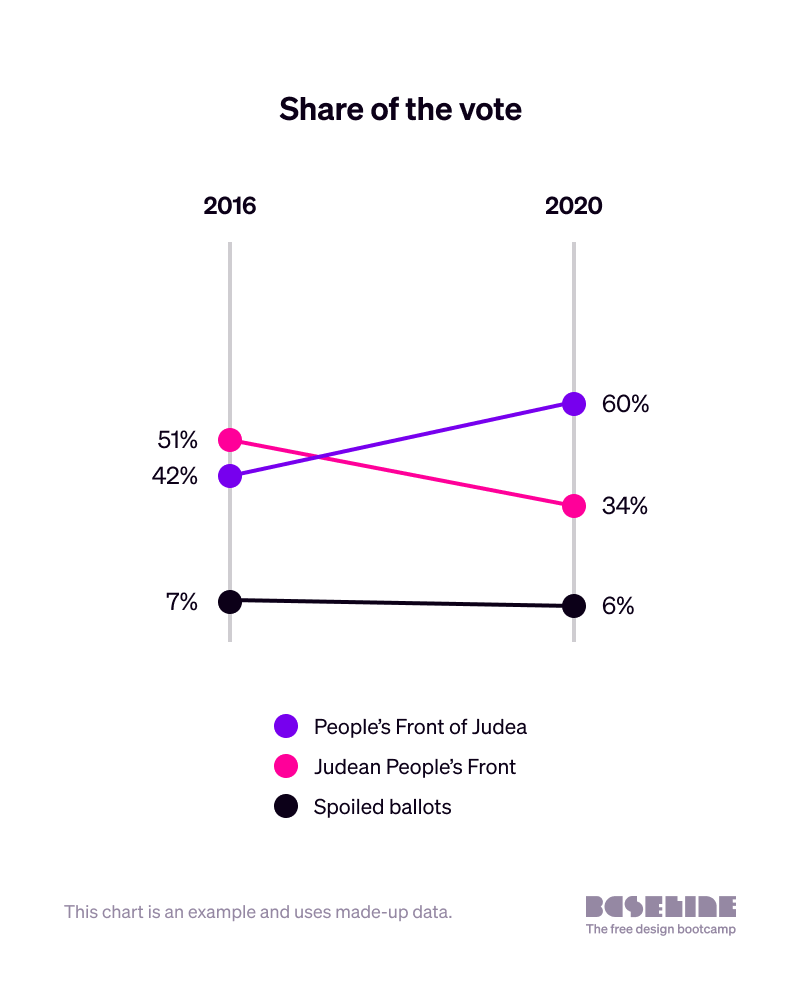 It’s also possible to use dot plots illustratively. This graphic from the South China Morning Post builds the New York City skyline out of data about the long-term costs of 9/11. 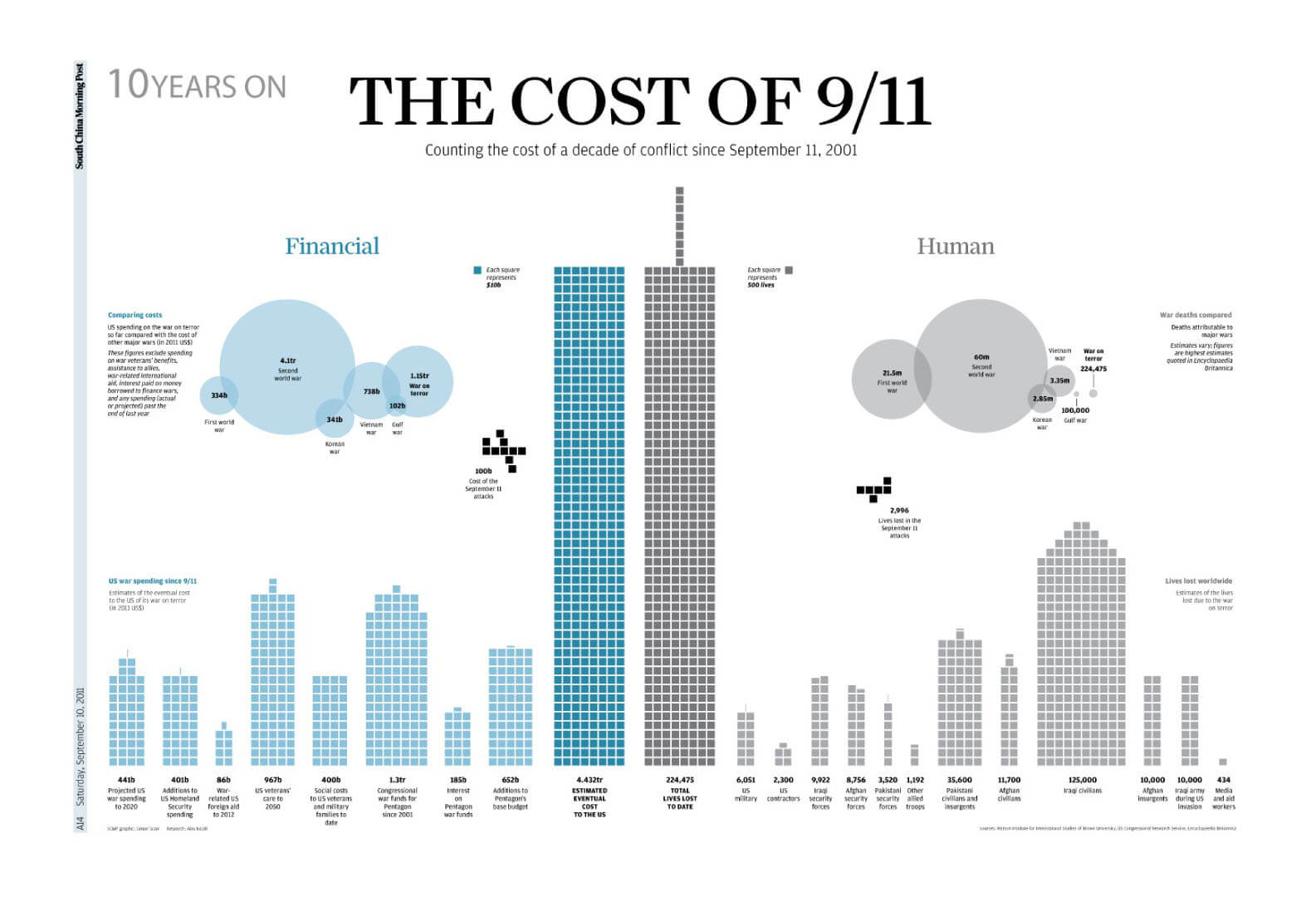 There are many more visualisation conventions that can be useful to refer to. Bookmark the Data Viz Project   for a more comprehensive catalogue.

Including interactive functionality in data visualisations can allow people to look more closely at areas or aspects of the data, leading to greater engagement and deeper understanding.

Here’s video of an interactive infographic that the New York Times produced before the 2020 U.S. Election, to allow people to see how victories in different states would affect the overall chances of each presidential candidate. You can try it yourself here  .

Interaction does, however, potentially add to perceived complexity, so it’s important only to use interaction where, on balance, it will add to audience understanding more than the complexity will detract from it.

It’s essential to involve the developer from the very beginning when designing an interactive data visualisation, in order to understand what is and isn’t possible given the time available and other resource constraints.

More advanced data visualisation conventions, including the addition of interactivity, can help people understand the information in front of them.

However, it’s especially important to watch out that the graphic doesn’t become too visually complicated, and that the possibilities for interaction don’t get confusing or hard to use. A good way to sense-check this is to ask people to test your design throughout its development.

In the next assignment, we’ll discuss how multiple data visualisations can be combined into a single infographic, and look at some examples.

❮  Back to Part 5 overview